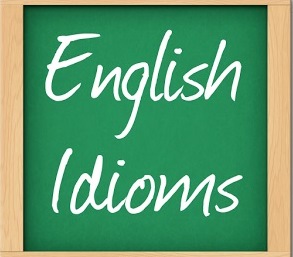 A Bird in the hand is Worth Two In The Bush:

Having something that is certain is much better than taking a risk for more, because chances are you might lose everything.

A Blessing in Disguise:

Something good that isn’t recognized at first

A Chip on Your Shoulder:

Being upset for something that had happened in the past

A Dime A Dozen:

Anything that is common and easy to get.

A Drop in the Bucket:

A very small part of something big or whole

Barking Up The Wrong Tree:

A mistake made in something you are trying to achieve

To force an issue that has already ended.

Beating around the Bush:

Avoiding the main topic. Not speaking directly about the issue.

Do whatever it takes to help. Willing to do anything

Bite Off More Than You Can Chew:

To take on a task that is way too big.

Close but no Cigar:

To be very near and almost accomplish a goal, but fall short.

Any difficult situation or obstacle.

To make someone laugh.

To hope that something happens the way you want it to.

When you complain about a loss from the past

One who was previously unknown and is now prominent.

Someone who takes a position for the sake of argument without believing in that particular side of the argument. It can also mean one who presents a counter argument for a position they do believe in, to another debater

The hottest days of the summer season

Don’t count your chickens before they hatch:

Don’t rely on it until you’re sure of it.

Every Cloud Has A Silver Lining:

Be optimistic, even difficult times will lead to better days.

Everything but The Kitchen Sink:

Almost everything and anything has been included.

Please forgive me for cursing.

A place where people gather to buy and sell inexpensive goods.

This idiom can mean living material of which people are made of, or it can refer to someone’s family.

Foam at the Mouth:

To be enraged and show it

To gamble everything you have.

Go Out On A Limb:

Put yourself in a tough position in order to support someone/something.

Going above and beyond whatever is required for the task at hand.

Someone who helps others when they are in need, with no discussion for compensation, and no thought of a reward

He Lost His Head:

Angry and overcome by emotions.

Very excited and/or joyful, especially when in love

Slapping palms above each other’s heads as celebration gesture.

To study, especially for a test or exam

Go to bed or go to sleep.

In The Heat of the Moment:

Overwhelmed by what is happening in the moment.

An aggressive and bold confrontation.

It Takes Two To Tango:

A two person conflict where both people are at fault.

You frequently see the same people in different places.

A competition where the outcome is difficult to judge or predict.

A quick and automatic response.

Knuckle tapping on wood in order to avoid some bad luck.

Keep An Eye On Him:

You should carefully watch him.

Keep body and soul together:

To earn a sufficient amount of money in order to keep yourself alive .

Keep your chin up:

To remain joyful in a tough situation.

Last but not least:

An introduction phrase to let the audience know that the last person mentioned is no less important than those introduced before him/her.

To forget about a disagreement or argument

To avoid restarting a conflict.

Let The Cat Out Of The Bag:

To share a secret that wasn’t supposed to be shared.

Make No Bones About:

To state a fact so there are no doubts or objections

Method to My Madness:

Strange or crazy actions that appear meaningless but in the end are done for a good reason.

To keep quiet. To say nothing

Savings set aside for future use.

Never Bite The Hand That Feeds You:

Don’t hurt anyone that helps you.

New kid on the block:

Someone new to the group or area

On The Same Page:

When multiple people all agree on the same thing

Out of the Blue:

Something that suddenly and unexpectedly occurs.

Off On The Wrong Foot:

Getting a bad start in a relationship or a task

Over My Dead Body:

When you absolutely will not allow something to happen

By constantly practising, you will become better.

To stop something. To bring something to an end

Tricking someone or using a joke on them

Put a sock in it:

To tell a noisy person or a group to be quiet

An offer or deal that is declined right now but willing to accept later.

Time to get out of bed and get ready for work/school.

Rome Was Not Built in One Day:

If you want something to be completely properly, then it’s going to take time.

Saved By The Bell:

Saved at the last possible moment

Someone else who takes the blame

To escape and not have to pay

Sick As a Dog:

To be very sick (with the flu or a cold)

The Ball Is In Your Court:

It is your decision this time.

The Best of Both Worlds:

There are two choices and you have them both.

The Bigger They Are The Harder They Fall:

While the bigger and stronger opponent might be a lot more difficult to beat, when you do they suffer a much bigger loss.

To take the credit for something someone else did.

Humour, not to be taken seriously.

Refuse to acknowledge something you know is real or legit.

Up a blind alley:

Variety Is the Spice of Life:

The more experiences you try the more exciting life can be.

Water under the Bridge:

Anything from the past that isn’t significant or important any more.

Wear Your Heart on Your Sleeve:

To openly and freely express your emotions

When It Rains, It Pours:

Since it rarely rains, when it does it will be a huge storm.

Something that will never ever happen

You Are What You Eat:

In order to stay healthy you must eat healthy foods.

You Can’t Judge A Book By Its Cover:

Decisions shouldn’t be made primarily on appearance.

You can’t take it With You:

Enjoy what you have, not what you don’t have. When you die you cannot take things (such as money) with you

No crime or law breaking big or small will be overlooked.

BEBC have many books on Idioms and they can be found by clicking on this link http://www.bebc.co.uk/search_result.aspx